Home » Blog » Technology » What is Wifi VoIP Technology? Why are you need to Spot A Wireless Hotspot? 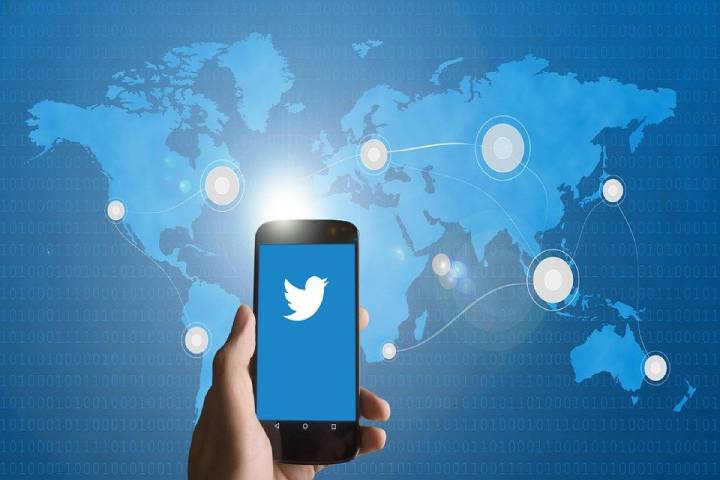 1. What is Wifi VoIP Technology?

Wifi or wireless fidelity is the cure for the messy wired world we see every day in our office. Whatever we do, we always get tangled in the web of wires connecting one office equipment to another, such as computer desktops, printers, file drivers, DVD writers, and burners.

A typical Wifi network includes an Internet connection and a router device to manage and route access to this Internet connection. In this case, the router is Wifi-capable such that any Wifi device can wirelessly connect to the Internet within the area of about 200 feet or so of the radius. 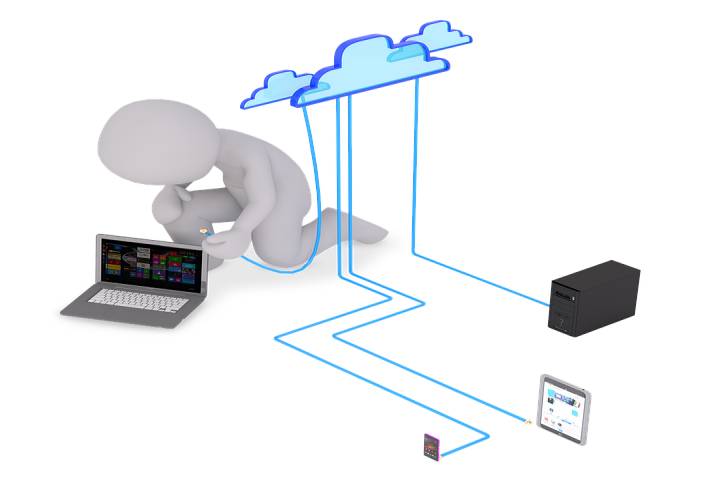 This area is called a wireless hotspot. You could have heard of wireless hotspots in coffee shops or novelty stores. You pay for Wifi access to be able to use your Wifi-enabled laptop or Wifi phone at any point within the establishment. Wifi technology has many applications, such as peer-to-peer network connection, Internet access, gaming, and Voice over the Internet Protocol or VoIP. We suggest you use only the trusted provider for VoIP, and you can try to use virtual phone number Hottelecom.

2. Wifi VoIP And Other Technologies

VoIP technology or Voice over the Internet Protocol is the cost-saving routing of voice over the Internet. The conventional path through landline circuits was possible using a router device and VoIP application installed on the computer. This VoIP connection is prolonged and is prone to voice delay, jitters, and interference. Because of this, the previous VoIP service was not that popular with subscribers.

When wireless fidelity boomed, another option for VoIP connections appeared, which was called VoWifi or Voice over Wifi. As with other VoIP technologies, VoWifi uses virtual connections over licensed wireless frequencies. The Wifi standard operates from 2 to 5 MHz of the spectrum, with data rates fast enough to make VoWifi competitive in the market. Modifications on the wireless standard also led to the broader range of Wifi reach, resulting in more extensive coverage of Wifi VoIP services.

Aside from this Wifi access, VoIP is also possible through the legacy 3G networks, such as UMTS and EV-DO technologies, since 3G is riding on General Packet Radio Service or GPRS. GPRS is the technology that connected the average mobile phone to the Internet. It was the cause for mobile operators to start offering Value Added Services or VAS, such as Multimedia Services or MMS and Internet browsing on top of the usual voice and text messaging services.

3. Getting High On Wifi VoIP

Wifi VoIP uses the wireless frequency to complete VoIP calls. As with other VoIP technologies, Wifi VoIP is cheaper, and it maximizes the use of the wireless frequency resource. Not only does it result in a wireless environment, but it also provides an alternative option to the subscriber that results in a further decrease in service charges.

Wifi VoIP has number portability, while VoIP over 3G networks has none currently. Number portability is the capability of subscribers to retain their contact numbers at any point in the world. Using Wifi VoIP, subscribers can do this. For example, the VoIP provider, Skype, assigns an Internet number to its subscribers, and since the Internet is in virtual space, a subscriber can access Skype anywhere in the world and can still make the calls.

Wifi VoIP is also faster in connection than VoIP over 3G networks. This is because Wifi technology is directly connected to the Internet while in a 3G network, a subscriber making a VoIP call must pass through the mobile network elements, such as the cellular base stations and subsystems, before finally connecting to the Internet.

There have been efforts to bring unity to both the Wifi and 3G networks. Mobile phone manufacturers have introduced dual-mode mobile handsets that aim to provide the subscriber with the maximum convenience. The subscriber can automatically transfer from one system to the other, an effective handover from Wifi to 3G and vice versa. Mobile phones such as the Nokia E60 and NEC N900iL were one of the first dual-mode phones.

4. The Need to Spot A Wireless Hotspot

Making a Wifi VoIP call is simple; go within the radar of a wireless hotspot. Hotspots are found within coffee shops, restaurants, train and bus stations, fuel stations, and even libraries.

In fact, in places where people are usually present, you will be able to find hotspots there. Wifi access for an Internet connection can be purchased using cash, credit, or debit card. There are many providers of this service, such as MyHotZone, Nomadix, SurfAndSip, and other such providers. For every Wifi VoIP call, the subscriber is charged accordingly by a VoIP provider, such as Skype, which means that access charge for voice is different from the access charge for Internet access. There are Wifi phones in the market that are locked with Skype.

Is there free Wifi access? Yes, some hotels provide free Wifi services to their guests. There are other means to have free Wifi, but doing so will open the Wifi access to unauthorized users. There is a management system for hotspots in closed public networks wherein Wifi operators can provide free access in replace of paid advertisements.

4. Wifi VoIP In The Future

Wifi is a booming technology alongside with the current 3G technologies being implemented worldwide. Initially, Wifi was performed with laptop users in mind. However, improvements and advancements in technology are transforming it into a fierce competitor to beat by 3G technologies in carrying out voice services.

Technology-wise, the Wifi phone is more advanced in VoIP, but the legacy 3G networks offer more than just voice service. However, the fact that mobile phone manufacturers are making dual-mode phones means that 3G VoIP is lagging behind Wifi VoIP. The need of the market for VoIP influences the entry of dual-mode phones.

Presently, there are plans underway to convert several cities such as Philadelphia into a large mesh of wireless network using Wifi technology. In this case, charging for Wifi access will be in the form of a subscription. At any point within the city, you can readily use your Wifi-enabled laptop or Wifi phone without much of a problem. If the project pushes through, the subscriber will be able to make active VoIP calls via Wifi on every turn at a street corner.

This question will be subjective, and a one-word reply can be misleading for many. However, in simple words, the answer to this question would be that it depends on the provider you are subscribed to and what they offer to their customers. At times, expensive service(s) means that they are offering something exclusive to their users, premium services, on-demand features, and anything of that sort.

1. Cost Of Cable And Satellite TV

Cable and satellite TV are pretty different; cable TV is much more popular than the latter. A significant chunk of the population picks Cable TV, and Satellite TV is naturally restricted to rural areas mostly. Now let us look deeper into cable TV – with Spectrum channel lineup, you can watch 200 plus local sports & music channels for just $94.99 monthly. 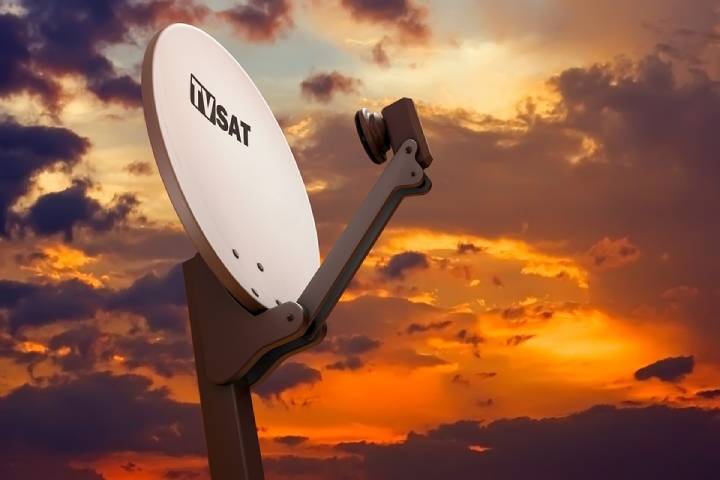 It depends on what you choose, and you can even demand your favorite movies and TV shows as well. Furthermore, some companies such as AT&T and Comcast also have great features at low prices, but it all reaches down to what is serviceable in your area and what packages are offered there.

It depends on your affordability, too; for instance, if someone can afford it – they will be happily paying $250 per month and get themselves subscribed to the most expensive package the provider has to offer. If someone cannot afford much, they will use boxes with low dues. Thus, it largely depends on the user’s affordability.

It is fundamentally an equation between what companies offer at what price and what customers are willing to pay.

The market first had streaming services such as Netflix, Hulu, Roku, and Apple TV. Then there came apps that could connect users’ Wi-Fi to DirecTV, and other providers are actively working on this. At the same time, Xfinity and Spectrum have launched their apps for their customer.

However, internet TV remained popular among urban populations, where fiber optic internet is available. They still have only one option in rural areas: satellite TV, as no cable company is willing to invest in locations with a tiny population.

• Amazon Prime – almost the same as above (however, it includes some prime offerings)

Similarly, with these services comes many free apps like YouTube, Ted TV, PBS, BBC (not entirely free), NBC (again, not completely free), and CNN (not quite free), and many more – although you can compromise a bit on quality and focus on quantity.

The latest generation, i.e., Generation Z, is emerging to be the first generation that believes in cord-less entertainment, which means they do not have any plans on getting cable services shortly. At the same time, millennials and Generation X and Y are the cord-cutters that gradually shifted and still are switching to streaming services.

One of the primary factors behind the intensifying popularity of streaming services today is the convenience of managing at your own pace, wherever you are and as many times as you wish – as long as you have a stable internet connection – which almost everyone has due to 3G and 4G and access to Wi-Fi connections.

We have discussed why Cable and Satellite TV can be outrageous in the article, as mentioned earlier. The prices fluctuate based on demand and supply, too, and cable services are not fully functional in all the states. However, satellite TV is available at most places where the rest of the services may not be serviceable.

Irrespective of all the trends and constantly changing consumer habits, some people will not leave cable TV services for the sake of traditions and their love for sports.