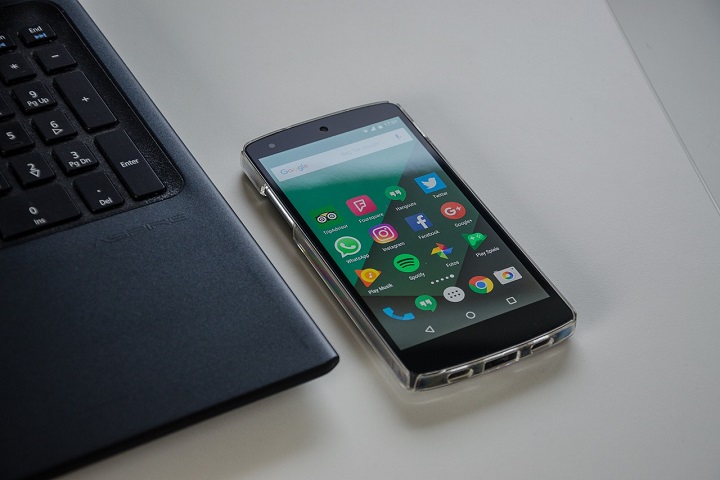 Not least is the ability of this market to understand the language of your app. Despite the nation’s commitment to English as the official language, most Nigerians do not speak it. For any business courting a global audience, finding new markets with localization, internationalization, and globalization is essential.

Our focus here will be on how best to tap the Nigerian market by translating the content in your software to the languages of Africa’s most populous nation. 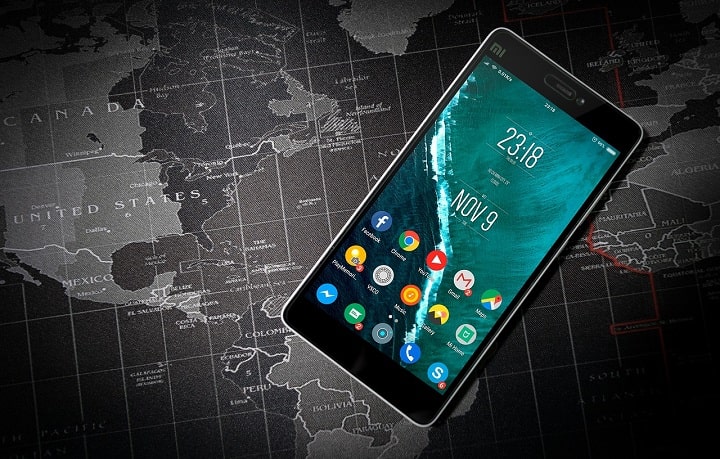 1. How to help your mobile app penetrate Nigeria’s linguistic patchwork

According to government statistics, Nigeria boasts more than 180 million mobile subscribers and more than 260 connected lines, almost all of the GSM. Subscribers increased by a staggering 5 million in the last quarter. In a nation pushing 200 million that’s an impressive number, but the growth rate suggests that the saturation point has not yet been reached.

The reason the number of subscribers appears equal to the population is explained by multiple active SIM card ownership and mobile phone sharing. Still, Nigeria is thought to rank in the top 5 African countries in terms of mobile phone usage.

English is only spoken by at most 60 million people –most speaking Nigerian Pidgin, a dialect that only vaguely resembles the Queen’s English. Most Nigerians speak but a smidgen of Pidgin. So, at best, English is a compromise language for the more Westernized segments of the population. Most big app players ranking in the stores localize to Hausa for the local market.

Hausa is the main language of the country’s Muslims. 20 million people speak it natively, another 5-10 million as a second or third language. That’s just 10-15% of the country’s population! In second place is Igbo, with some 23 million native speakers. Yoruba comes in third with 20 million speaking it as a mother tongue. Then there is Kanuri, Fulfulde, Ijaw, Tiv, Ibibio, and Edo.

If one looks at App Store ranking, both for the Google Play store and the Apple iOS store, the category is dominated by apps for communications, both global and homegrown. WhatsApp hovers at the top but the Ayoba! instant messenger is close behind in Android rankings.

The top 50 is full of IM, social media, video share, finance, and productivity apps. In eCommerce, the homegrown Jumia app, which recently went public, is one of the few local apps in the Top 20. But Nigeria is gaining deserved recognition as the fintech capital of Africa.

What is the best translation app on the continent? Is there a free translator app? Happily, the answer to both questions is the same.

3. What Lessons Can App Developers Learn about Localizing for Nigeria?

We can draw four conclusions about where app dev opportunities are, and were not:

1. Nigerian subscribers are hungry for instant communication, productivity, and media. It’s a nation of small businesses and SMBs, all seeking salvation and sales on the mobile Internet.

2. Games are always popular, but they need to be tuned to local tastes. The use of localization services is key to gaming success.

3. The local infrastructure does not support apps requiring big bandwidth. These may run in big cities, and the situation may improve over time, but it won’t happen overnight. Think lightweight apps, or don’t bother — unless downtown Lagos and a few other hotspots are enough for you.

4. Support Hausa, but then think of the other dozen languages that are the mother tongue of tens of millions of young Nigerians. At least two other top 20 million speakers. Developers localizing in these languages may be big winners.

4. What should App Providers Gear Up to Localize for Nigeria’s Tribal Tongues

Foreign app developers can’t change the infrastructure or tastes of Nigeria, but they can adapt their apps to Nigerian audiences. Localization is the royal road to expansion in Nigeria, well-trodden by app development companies in other regions.

App translation and localization are supported by dozens of software applications and even more service providers. Consider website translation while you’re at it so that landing pages convert. As you translate app terms, it will be cost little to translate website terms as well.

The localization definition includes considering the cultural differences of different tribes. Why is localization important? The answer is obvious. Localizing to local tastes and languages is key to sustained engagement with your app. Localization companies will be updated with the latest translation technologies.

What is a localization strategy that will work in Nigeria? First, seek an expert translation company or localization company with experience in Africa, especially the Nigerian app marketplace. Translation services are straightforward to contract. Just request a free quote from 3-5 agencies.

Expect to pay by the number of words in your app, typically from $0.05 to $0.20/word per language. If your app has been localized for one or more languages, incremental costs of localization decrease as you add new ones.

A Nigerian company developing localization expertise, or an international company localizing for Nigerian tribal languages will have an advantage in the local market. 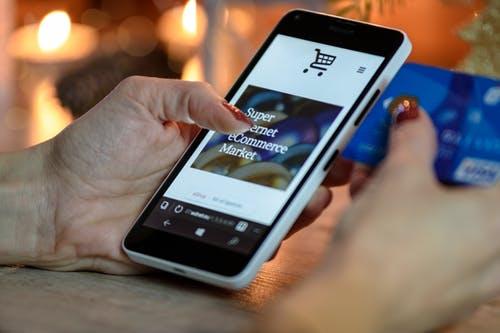 5. Bottom Line: What are the Prospects for Successful App Localization in Nigeria

The outlook for Nigeria’s rising smartphone ownership and slowly improving internet access is rising, with continuous developments in telecommunications infrastructure, phone performance, and app penetration. The variable most under app developers are the ability to localize for Nigerian languages, some used by populations exceeding most European nations.

This represents a big opportunity for app developers. Between Hausa, Igbo, and Yoruba, that’s a whopping 70 million people or so just waiting for the local version of your killer app.

As is said in Hausa: Ku tafi dashi! In Igbo: Gaa maka ya! And in Yoruba: Lọ fun o!

Or, if you haven’t localized yet for Nigeria and must resort to English: Go for it!

If you’re a business owner and have been using cloud computing, this article will discuss several methods that will help you maximize cloud computing for your business:

As time passes by, technology advances to advance. With everything going digital now, the traditional use of portable hard drives is slowly disappearing. The best example is how businesses continue to take advantage of cloud-based services for convenience and mainly to increase their productivity. If you’re not familiar with cloud computing, it pertains to the delivery of services that stores and access data via the internet. It commonly includes servers, cloud storage services, online databases, and many others.

Most companies turn to cloud computing for security, data synchronization, and convenience. Flexibility and collaboration are also common factors. One advantage of using cloud computing services is that it reduces operating costs. Though it’s not often mentioned, sustainability is another reason why companies switch to cloud computing. Moving to the cloud lessens the usage of physical data centers, thus saving energy and reducing the impact on the environment.

Your chosen cloud provider comes with a security system. Because of this, your files are most likely safer in the cloud. However, essential cloud services only offer basic security, so you still have to be careful. Security breaches can badly affect your business. Hackers make these attacks, but sometimes they could also be caused by an employee.

One way of improving cloud security is to employ features that help monitor end-user activities. By spotting suspicious usage patterns and activities, you could prevent a security breach. Training your employees and equipping them with security tools is the best way to prevent such attacks. This could be further enhanced by setting up additional security protocols and educating them on cybersecurity. Another way is to restrict access to important files. You can do this by setting passwords on such files.

The right cloud infrastructure solution for your business will provide your team access to the newest files anywhere. Instant file synchronization is another benefit of using the cloud. The cloud is a virtual location where you and your team can conveniently share files. This is very useful for businesses that allow employees to work remotely. With a stable internet connection, your staff can work from anywhere in the world and access files on any device, allowing flexibility.

Also, cloud data storage has a similar structure to a filing cabinet, where files are stored in folders within the storage (filing cabinet). It’s essential to construct a storage layout and establish a standard labeling system if you’re sharing access with your team. Organize your files from the beginning and as you go. This will make it easy to find and identify files whenever they’re needed.

Backing up data is another crucial security consideration in businesses. Similar to file syncing, you can update your backup data as you work with the cloud. The cloud can duplicate the data you input into another site (off-site) where they’re secure from threats. This will also enable you to access the backup data when an error occurs conveniently. More importantly, it guarantees business continuity and reliable data recovery.

Use cloud computing services that offer more features that optimize communication, like calendars and emails. This will help you arrange meetings more efficiently. You can even facilitate more extensive collaborations and set synchronized deadlines for projects. 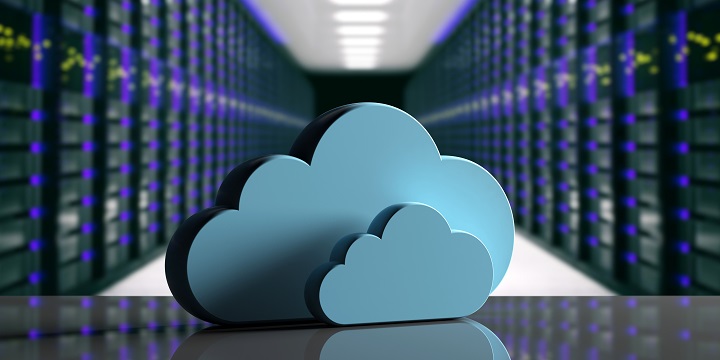 Look for cloud providers that offer big data analytics. This will enable your cloud service to collect data about your business’ buyers, trends, performance, etc. Then, these data can be calculated to identify growth opportunities. Other data analytic services collect information that may help create solutions to your business’s workflow problems.

System updates are a must in cloud services to patch up bugs, address technical issues, and adapt to the changing consumer needs. So, when there are system updates, make sure to implement them once you’ve verified compatibility where applicable.

Social media is possibly the most successful platform in digital marketing. However, it is often overlooked as an application of cloud computing. Social networking sites will help you find your customers and easily share data with them through page posts.

Although there are numerous ways to maximize cloud computing for businesses, these are the most helpful. With the increased use of cloud computing, companies can quickly improve and boost their productivity and efficiency when these services are maximized to their full potential.

Best Smartwatch For Gifting in 2021

Technological Inventions You Can Write Your Essay About

7 IT Enhancements For A Top Performing Business