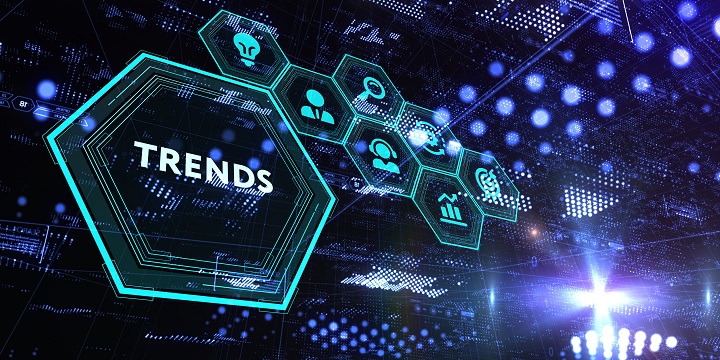 The technology world is changing extremely fast, unlike two decades ago. Different trends are being invented, and keeping up with speed may be something challenging. However, being up-to-date technologically with what’s happening in your industry can help you innovate, cope with the competition, and fulfill your business goals.

Your innovation team may have to pace with current technology trends to move from business challenges to impactful solutions. The ideas that shape your business should be relevant and timely, causing your team’s knowledge base to grow. Progress may demand a learning attitude and openness to fresh, inventive approaches, information, and techniques.

Please keep reading to learn how you and your team can always be at the top of their knowledge and innovation with the latest technology trends.

There are very many publications that report on new technologies in the world today. You may narrow down your study to technology that affects your industry. Sites with a global reputation for publishing articles in numerous niches are always a convenient resource for you. You can visit sites like My Trending Stories or any other blogger with authority in the technology niche.

Their reports may be the findings of companies leading in the tech field, giving you invaluable information on trending technologies and technologies in the pipeline.

You can have current technology news delivered to your email address. All you need to do is register for ‘new feature’ announcements and alerts from technology giants like Google Cloud, Microsoft Azure, and Amazon Web Services. Once your email is on their list, you’ll be able to have updates on the most current developments, opportunities, and best practices pushed into your inbox. 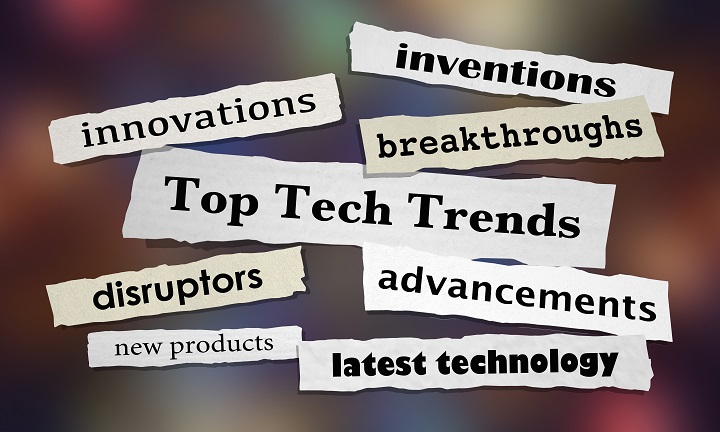 In many instances, the open-source fraternity is the first to adopt and implement new technologies. Be aware of the trending projects within the community because they indicate the trajectory of competition and the industry’s best practices. Github is a community of developers where you can learn trending projects and top-rated starred projects.

Your company may not adopt every technology, but knowing them can be an eye-opener for opportunities to take advantage of and know the impact to expect in the market.

Cards enable you to keep track of the latest trends concerning innovation workshops. You can print your cards and take note of each kind of new technology trend that’s available. These reminders will help you integrate new ideas into your projects. You can also use cards from relevant technology websites.

You are keeping an eye over the technology industry as wide as it can be a nightmare. You can therefore give each member of your team an area concerning technology to follow the current trends. So, you should divide and share technology areas that enable you to conquer the entire technology field.

Emphasize to your teammates that it’s responsivity is needed to be a trailblazer in their respective areas. You may also consider holding regular meetings where you shared and gathered the information for the entire team to be updated on the findings of each member.

Identify technology industry experts and tune in to their news broadcast. You can have this delivered to your doorstep by using applications like Pocket and Panda. Create and customize your dashboard for a news feed that you can read or watch at your convenience offline.

Another industry thought leader worth reading their industry publications is TechCrunch. You can also watch relevant news from platforms like The Verge and Two Minute Papers. These sites have tech news leaders that present complex subjects in formats that give you high-level insights.

Twitter, Facebook, and LinkedIn are great places where you can be in contacontact industry experts worldwide. You’ll learn from corporations that you admire and others that respect you. Connecting with people from other companies may be a great platform to be updated and learn from their company culture that keeps them at the top in technology. Social media gives you real-time information from any geographic location from technology industry movers.

The rate at which technology is changing may require you to use several strategies to keep yourself updated. Have an open heart for new trends in technology since all inventions don’t happen in the closet. Keep watch what your competitors are doing, keep your team members on their toes to follow, and be familiar with technological advancements, which can be business opportunities.

A Newbie’s Guide To Starting A Gaming Channel

How to Apply Artificial Intelligence in Chat Filters

Third-party code describes any lines of a program that can be replicated throughout different applications. This aids in the app development process itself, as the time to market, is drastically reduced via code recycling. 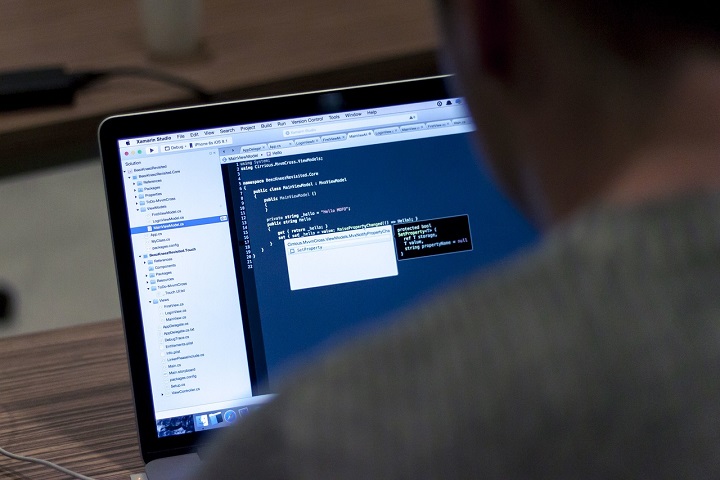 The applications that make up the vast majority of today’s hyper-complex tech stacks are heavily dependent on third-party code. Unfortunately, the same vast benefits these pre-crafted components provide are often undermined by the severe security implications of third-party architecture. It’s critical for modern businesses to not only recognize these risks but actively help to stem the flow of attacks. Cutting-edge tools, including a next-gen WAF solution, may be the only path for third parties’ continued existence.

1. Third Party Code: Because Why Reinvent The Wheel?

Third-party code describes any lines of a program that can be replicated throughout different applications. This aids in the app development process itself, as time to market, is drastically reduced via code recycling. But even after the foundation of an app is laid, third-party code can be leveraged by its developers for ad tracking, customer reviews, payments, chatbots, tag management, social media integration, or other helper libraries that simplify common functions.

The sheer usefulness and availability of third-party code have seen it seep into every corner of the internet: nowadays, third-party code accounts for up to 70% of every website. In the same survey, 99% of respondents stated that the sites used and produced by their organization contain at least one third-party piece of code.

Open source describes one type of third-party code, though third-party also refers to externally developed code, the license to use which may have been purchased. Regardless of the commercial price of this code, companies have for too long ignored the social and security cost.

2. The Lurking Danger of Shadow Code

Third-party code lends itself to uber-accessible site and app development. Though these no- or low-code environments help lower the barrier of entry for eager entrepreneurs and hobbyists, it’s vital to understand the risks. Profiteering cybercriminals are more than willing to take advantage of naive or negligent developers. Sometimes, it’s not a lack of skill that lets them in, but the high-pressure push toward rapid rollout.

Attackers grouped under the Magecart umbrella have been taking advantage of third-party code since 2015. This crime syndicate relies on digital credit card theft, swiped by covertly injecting JavaScript code on e-commerce checkout pages. Magecart has wreaked an impressively high-stakes trail of destruction: Ticketmaster, British Airways and countless other online brands have all fallen foul of their attacks.

Two high-profile attacks occurred in 2020, as children’s clothes maker Hanna Andersson and British retailer Sweaty Betty were targeted. Both of these attackers are thought to have revolved around apparently-innocuous site addons. Hidden within these lines of code, however, Magecart attackers add a few key lines of JavaScript.

This third-party code often copies legitimate payment forms on an eCommerce site. However, there are crucial – tiny – modifications made. For instance, the payment information is covertly sent to an attacker-controlled server. The transaction itself is still allowed to go through, meaning that end-users are left totally in the dark. The attack on Hanna Andersson went totally unnoticed for weeks – even this represents a relatively fast discovery, with other victims remaining clueless for up to a year.

Most victims are only alerted when stolen credit card info pops up on dark web marketplaces. The cost is significant: Hanna Andersson was ordered to pay $400K in damages to over 200,000 customers; the exact cost to individual victims is more difficult to ascertain, but the theft of their name, shipping address, billing address, and payment card info allows attackers to conduct incredible damage. Magecart attacks actually rose in popularity throughout the Covid-19 pandemic, seeing a 20% increase, while the average detection time hit 22 days.

Magecart may represent malicious third-party code; but even tested, open-source code can accidentally cause one of the greatest security problems of this decade. Log4j describes an open-source logging library that has become one of the most important pieces of architecture throughout the web, responsible for relaying vital logging info back to the developer and maintenance team. In 2021, however, it was discovered that the log4j library was critically vulnerable to remote code execution. This placed hundreds of millions of devices at severe risk, as the flaw was also relatively simple to exploit.

Forgoing third-party code altogether isn’t realistic. Over 60% of websites across the world run on Apache and Nginx servers, while 90% of IT leaders rely on enterprise open-source code regularly. All modern software is built from pre-existing components, and rebuilding these functions from scratch would require massive investments in time and money to produce even relatively simple applications.

3. You Can’t Patch Your Way Out of This One

Once bundled into an application, third-party code can be difficult to test, and even harder to secure. Patches are wholly dependent on the developers; even for active, well-meaning devs, such as those maintaining the log4j functionality, patching takes critical time.

Fear not: a comprehensive security solution can offer a number of tools to virtually patch – and ultimately stop attackers in their tracks. One such tool is the Web Application Firewall (WAF). This sits in between the application and the end-user, monitoring and filtering passing traffic. Next-gen WAFs offer automatic policy creation, along with rapid rule propagation, explicitly to broaden the safety net that third-party code requires.

While the traditional WAF has focused primarily on monitoring external connections, Web Application and API Protection (WAAP) describes a more comprehensive suite of protection. This incorporates the firewall-based approach of the WAF, with a greater focus on APIs. These pieces of code provide programmatic access across different apps and have historically been a major weak point in organizational defenses.

Finally, Runtime Application Self-Protection (RASP) offers a compelling next step toward automated protection. Instead of sitting externally to the app’s own code, RASP acts as a plugin, attaching to an application’s internals. Thanks to its internal view of an app, RASP can monitor its behaviors and map the typical connections and privileges that occur under the hood. Once a baseline behavior is established, RASP can then automatically detect – and critically, shut down – suspicious behavior.

With a proactive suite of virtual patching measures in place, your security is empowered to keep pace with DevOps, whilst helping nullify the threat of cybercriminals and the ensuing lawsuits.