Home » Blog » Cybersecurity » How To Secure Websites From The Sneakiest Cyber Attacks? 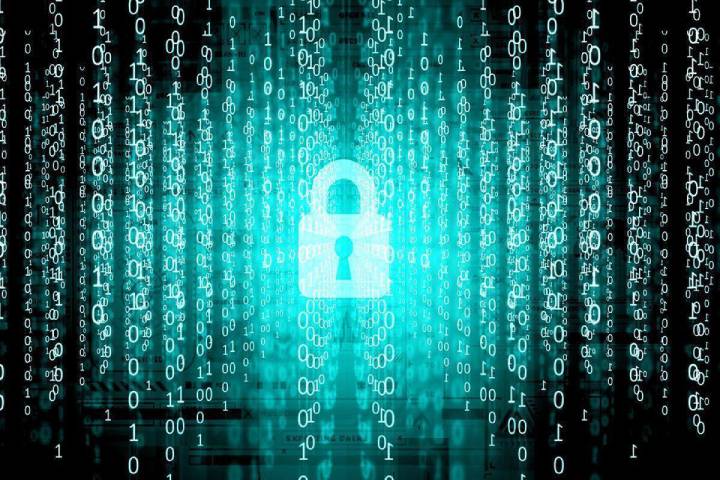 Advancements in technology have brought about a rapid wave of change over the world, instilling a liberating amount of ease and leisure in our lives. However, with its dark side comes to the horrors of being vulnerable online.

Cyberattacks have rapidly on the rise coming forward at an alarming speed and wreaking havoc in the world. As per surveys carried out by the government of the UK, the amount of cyber-attacks and data breaches faced by companies and organizations remains high. 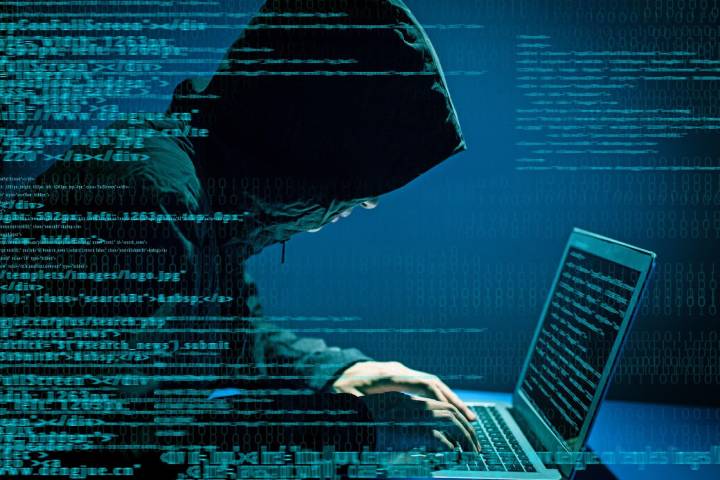 There is no saying to the fact that facing a cyber-attack is terrible for business. However, how bad is a different story to tell! At times these cyberattacks can burn a company to ashes, and if not that, there remains a stain on reputation.

Primarily if your organization’s work revolves around data storage, it is better to stay protected against threat actors entirely. To stay secure use a VPN as it not only hides your IP address but also encrypts your internet traffic.

Now protection form menial attacks such as malware or small hack attacks are an old story and, by far, thankfully, universal awareness, which is why most companies are at least smart enough to stay protected against them.

However, as smart cybercriminals have now become, there are quite several sneaky cyber attacks you can become a victim of. This article, therefore, provides the readers with working on some frequent and sneakiest attacks and their possible preventions.

Depicting by its very name, the Buffer Overflow attack works with hackers bombarding the server with extended input schemes, strategically designed to overwhelm the server.

After withstanding these bombardments for quite some time, the server memory overflows, and inadvertently the system crashes. With that, hackers meticulously put in their codes into the system, which results in a compromised server.

The best precaution against these attacks is to go for using code languages that do not go through specific checks while extenuating overflow attacks. Some common examples are Python, Java, or .NET. These languages do not allow overflowing attacks in the first place.

However, if changing the language of your website is a hard task to execute, then the loophole is to opt for more secure functions in contrast to strcopy or strcat. Primarily as they allow buffer flows by writing on the way past a buffer’s limit. A much securer version that can be used is stern, which writes past buffer limits.

It goes on with a hacker posing to be a logged-in customer over a site. He then proceeds to carry out unwanted action through this facade giving him the liberty to act like a real customer.

With this act in place, the hacker gets access to such information that would allow him to submit requests through an account.

These attacks usually result in a transfer of sensitive information, with the worst-case scenario being a hacked bank account. In this case, the hacker gets away with a fund transfer.

These CSRF attacks are known as being sneaky because the hacker is careful to bring about only slight changes within a code. These changes are easy to look by and hard to notice until close examination.

Admittedly these attacks in the way are the responsibility of an organization. However, as a means of valuing the integrity of their customers, organizations can take some precautionary steps against them.

First off, businesses can have a specific password requirement, such as only allowing passwords that come with a combination of letters, symbols, and numbers. This could inadvertently ensure that customers keep strong passwords.

Next, they could also offer customers personalized security options such as two-factor authentication or ReCAPTCHA. Additionally, coercing customers to change passwords regularly can be fruitful too.

Probably amongst one of the most dangerous attacks, backdoor attacks, as depicted by their name, allow hacker access within a server in various roundabout ways allowing hackers to exploit every data available.

Hackers usually carry out these attacks through a shortcode or a file, generally termed as Trojan or shell, which are challenging to remove primarily as these trojans or shells are often concealed through code obfuscation or encryption, making them hard to discover in the first place.

Even most detention software fails at finding them, and hackers thoroughly exploit this vulnerability by launching multiple attacks on a server.

While dealing with simply any cyber attack, it is better to be secure against them. In cases of backdoor attacks, the best escape plan is to put in backdoor protection, which would filter out malicious shells or Trojan requests.

However, in case your primary precaution fails, it is better to have an updated backup of your database available. Primarily as these attacks usually attack a site’s underlying theme all the time hiding behind a 404 error message.

Now, as getting rid of these attacks involves detecting and deleting compromises files. Therefore backups are necessary.

Cyberattacks continue to evolve with each passing day, and if your site’s security system does not change at the same pace, it means open invitation to malware and hack attacks.

With time, even the most high-end security becomes vulnerable due to cracks that need timely patching. If not, these cracks become the main gateway for hackers to enter and exploit servers.

Some hackers may even design codes specifically to exploit these “cracks” in a system, with their success commonly referred to as zero-day attacks.

Generally, these attacks are frequent with custom made sites that companies develop themselves rather than those based on hosting services.

Primarily as flaws within these relatively new sites are hardly noticeable and by the developers notice and patch those flaws, hackers have beaten them to exploit them. Therefore such attacks are termed as zero-day attacks.

While carrying out these attacks, hackers usually take advantage of human errors and execute typical phishing schemes on them, such as sending malicious emails or attachments.

Prevention of these attacks can go around in various ways, starting from having an updated security system. Additionally develops should also regularly carry out scams for vulnerabilities through different scanning software and malware signature checkers.

Additionally, as within these attacks, hackers take advantage of human errors; educating staff regarding frequent cyber attacks is also a step worth taking.

Cyberattacks are darker and, unfortunately, an integral part of being online. And as these attacks are an ongoing event, there is no assuming that your website is ever “completely safe” from them.

As these attacks continue to grow, the best defense is always to keep enhancing security systems and to stay prepared for the worst.

A Simple Instance Of How The GST Regime Operates

How to Improve Your Marketing Department Through the Use of Technology

Is your marketing department reaching its full potential daily? If your team of advertising professionals is not consistently maximizing their workflow, it is high time you stepped in and made a few changes. 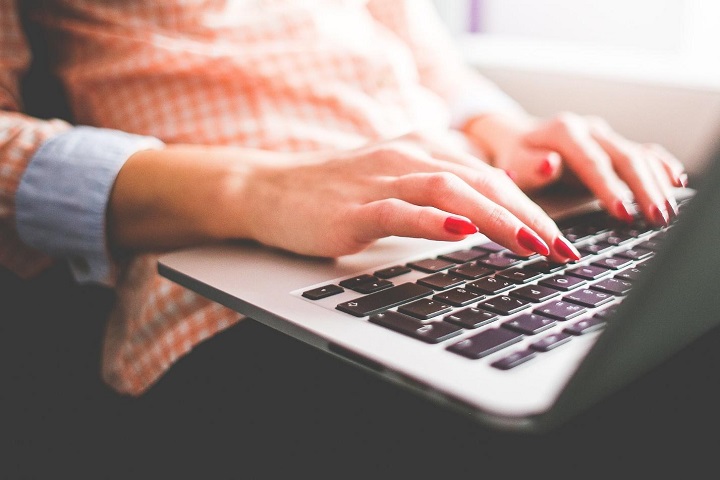 Is your marketing department reaching its full potential daily? If your team of advertising professionals is not consistently maximizing their workflow, it is high time you stepped in and made a few changes. You cannot afford to produce subpar marketing campaigns, so you must seek to improve this department at all costs.

Once you decide to take on this all-important challenge, be sure to make use of all the technology that you have at your disposal. Here are just a few of the tech tools that you should be taking full advantage of in your bid to improve your marketing department:

If you want to stay on top of your marketing budget, especially, you must keep tabs on your spending at all times. This will allow you to monitor your expenditure and subsequently make changes to ensure that you are not wasting money unnecessarily.

Fortunately, there are so many analytics tools out there that will allow you to perform this all-important task. With this type of tech tool at your disposal, you will be allowed to track how much money your marketing department is spending daily.

More importantly, you will monitor the progress of each advertising campaign that you run to ensure that you are not wasting money on adverts that are not resonating with your target audience. 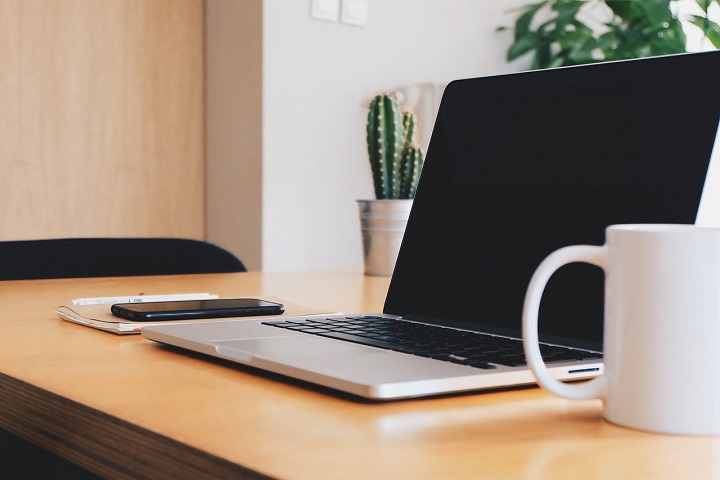 The advertising professionals that you employ are only human, which means that they will make mistakes, they will slow down, and their productivity levels will dip from time to time.

To help them circumvent these difficulties, you should seek to automate your marketing process using several tech pieces.

Here are the few ways technology can help you automate your day-to-day marketing process:

Are your marketing team currently leaving a lot to be desired? If you want to optimize your company’s advertising endeavors, you must seek to improve this department at all costs.

Fortunately, you do not have to take on this crucial challenge alone. There are several different technologies out there that will help you to improve how your advertising professionals perform daily.

If you want to take your advertising efforts to the next level, you must take advantage of the technologies listed above. Keep tabs on your spending using analytics tools, automate the marketing process using automation tech, and you will be producing better advertising campaigns in no time.