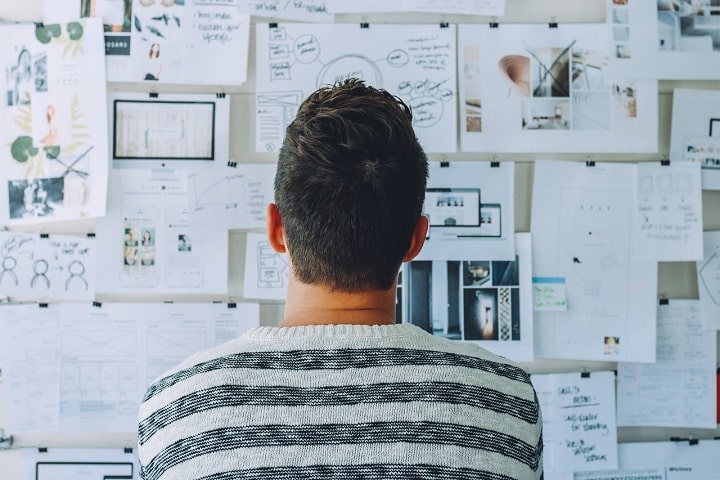 The phenomenon of increasing data all over the world has been of significant interest and so organizations and businesses are looking for novel and more efficient techniques of managing the gigantic flood of data. They are more and more attracted by the alternate database management applications and tools as opposed to the traditional or the conventional relational database systems. MongoDB is one such cutting-edge and useful unconventional database management system.

According to https://intellipaat.com, Mongo DB could be defined as an effective open-source database which utilizes a document-based data model along with a popular non-structured query language. MongoDB is supposed to be a powerful and competent NoSQL system that is stealing the show today in the global database software market. Here are some of the striking features of Mongo DB. 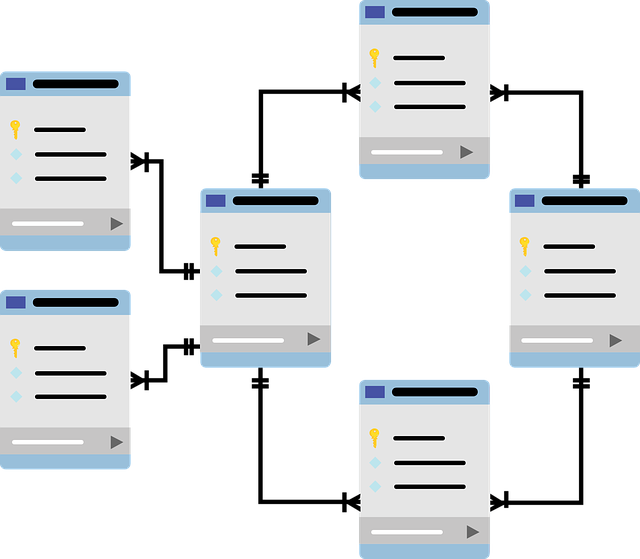 Usually, while designing a database’s schema, you would not know in advance the queries that would be performed. You must know in this context, ad-hoc queries are queries that are unknown at the time of structuring the database. Hence, we find that MongoDB is effective in providing solid ad-hoc queries support that makes it really more special. Ad-hoc queries actually seem to be updated very much in real time, culminating in enhancements and boosts in performance.

In the case of Mongo DB, we understand that one collection would be holding different documents. MongoDB has absolutely no schema hence; it could be having numerous fields, size, and content differing from another document belonging to the same collection. MongoDB is known to demonstrate flexibility while dealing with and effectively handing the databases. You may seek the expert services of RemoteDBA.com for the perfect solution.

MongoDB is actually a document-based database that is an amazing characteristic in itself. We know that in the case of the relational databases, you would be finding rows and tables for data arrangement. Each and every row would be having a specific number of columns. These columns are known for storing a precise kind of data. However, in the case of NoSQL the rows and tables are substituted with fields. There seem to be different documents that could be storing diverse types of data. We understand that there are collections or groups of similar documents. Every document is supposed to be having a key ID that is unique or even a unique object ID that could both be user or system-defined.

Indexing Out of the Box

Indexes are used to optimize search performance. MongoDB allows any field in a standard document to be indexed using primary and secondary indexes. This ability to resolve queries rapidly and efficiently is among the best features of the platform and has earned it a lot of praise from the developer community. MongoDB’s database engine uses a predefined index which maps fields and can be used to find documents that are compatible with a particular query, thus vastly improving performance. This becomes even more evident if a document is queried repeatedly- you will certainly appreciate the speed boost.

MongoDB uses replication to achieve redundancy. This essentially means that the data for the application is distributed across multiple machines. Essentially, there will be a set of primary nodes, and one or multiple sets of replica nodes. Replication is extremely important for contingency management. Replica sets follow the principle of master-slave replication, which means there is a master node, which can perform read and write activities, while the slave nodes can only copy the data from a corresponding master node (read-only) without changing its values.

MongoDB replica sets also feature something called the automatic failover. In case the primary node is down for over 10 seconds or fails an integrity check, the system can consider a secondary instance to be the new primary. This allows uninterrupted, smooth operation and also saves a considerable amount of time that would have gone into maintenance and data recovery. When the previous primary node is back online, it will enter the pool as a second instance to be elected in the future by the replica set. This high-availability low-downtime model is the key to production-ready systems that MongoDB is deployed in.

MongoDB is supposed to have an integration framework that is great for efficient usability. You could be successfully batching process data and getting a single outcome even after performing diverse operations on the group or collection data. We know that the map-reduce function, single-purpose aggregation, and the aggregation pipeline methods are supposed to be three effective ways of providing an aggregation framework.

A striking feature of both storing and even retrieving files is called GridFS. For files over 16 MB, this specific feature is supposed to be quite useful. GridFS would be effectively dividing a particular document into parts referred to as chunks and storing them properly in another separate document. The default size of all these chunks barring the last chunk would be 255 KB.

While dealing with bigger datasets, sharding as a concept is introduced. This humungous data could result in some issues in case a query comes regarding them. Sharding is a striking feature that would be assisting in the distribution of this problematic data among multiple MongoDB instances. The collections found in MongoDB that has a relatively bigger size are actually distributed in several collections. All these collections are referred to as shards and they are actually implemented by clusters.

MongoDB is supposed to be a competent open source database that offers high performance. This demonstrates scalability and high availability. It would be having really faster query response simply because of replication and indexing. This would be the reason why MongoDB must be regarded as the right choice for real-time and big data applications.

MMS is a robust web tool for effective database tracking and even for backing up your data. We are told that MMS is also tracking hardware metrics to effectively manage a MongoDB deployment. It would be demonstrating performance in a fully-featured web console for assisting you in optimizing your deployment. It would also, be providing characteristics such as custom alerts that should help you in discovering issues much before your MongoDB instance would be impacted.

We have mentioned some of the important features and characteristics of MongoDB such as Sharding, High Performance, Aggregation, Ad-Hoc Queries, Indexing, Replication, and Schema-Less database, GridFS, etc. You must know the advantages and disadvantages associated with MongoDB.

5. How to Protect WebSites Against Attackers or Hackers by using “X-Security Headers”.

How To Overcome Boredom On The Internet

This article includes a brief introduction to SOC 2, the two types of examinations, and penetration testing requirements to achieve SOC 2 compliance. 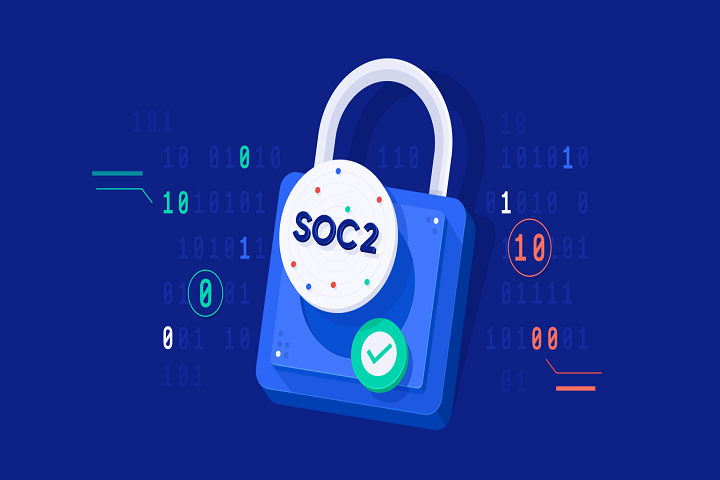 The importance of SOC 2 compliance is starting to become a priority for many companies. Do you think your firm isn’t doing enough to safeguard its customers’ information? Penetration testing might help. To understand the penetration testing requirements that will eventually help you achieve the compliance you desire, it is essential to know a few basics of SOC 2.

This article includes a brief introduction to SOC 2, the two types of examinations, and penetration testing requirements to achieve SOC 2 compliance.

The acronym stands for “Service Organisation Control,” an international standard that governs how service organizations manage the risks associated with processing client data. It was developed by the American Institute of Certified Public Accountants (AICPA) in response to global concerns over security following the September 11th terrorist attacks. The standard is divided into two categories: Type I and Type II.

Type I covers the system’s design and how it operates, while Type II examines the effectiveness of security controls put in place. Both are important for businesses that want to ensure their data is securely processed. SOC reports are not intended to be an audit but more of a “snapshot” of the security controls in place on the date of testing.

2. The five principles of SOC 2

The five principles that govern SOC 2 compliance are:

3. The two types of SOC 2 examinations

Under the standards, there are two types of examinations:

Type I is a less comprehensive report that only checks if the controls are in place and messages on how well they have been implemented but does not provide any opinion about your compliance with each principle.

Type II is a comprehensive assessment that reports on whether or not your company adheres to each principle. It will also include an opinion about how effectively the security controls were implemented. 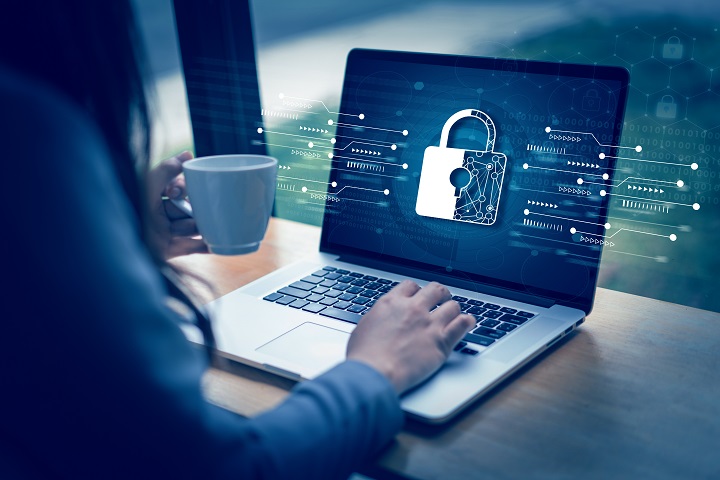 While performing a pentest is not technically required for achieving SOC compliance, it is highly recommended as it will help you uncover any vulnerabilities in your system before malicious actors exploit them.

5. Why is SOC 2 penetration testing important?

SOC2 penetration testing is essential because it allows you to identify vulnerabilities in your system before malicious actors exploit them. By identifying and fixing these vulnerabilities, you can help protect your customers’ data from being compromised.

This will require an assessment of your security controls and testing to verify that they are effective in preventing unauthorized access, use, disclosure, alteration, or destruction of information. It’s important to note that the person or company performing the pen test must be qualified and authorized to do so.

To achieve SOC 2 compliance, your organization must prove that it is secure on all fronts. This means performing online penetration tests to satisfy all five trust service principles.

The penetration testing requirements are as follows:

7. Who can perform SOC 2 penetration testing?

To be qualified to perform SOC 2 penetration testing, the assessor must meet specific qualifications.

Firstly, they should have the necessary experience in assessing similar systems to yours, which means having a history of performing penetration tests on various other vendors’ products.

Secondly, they must also produce an accurate report that clearly states your compliance with each principle and provides helpful recommendations for improvement.

Finally, you want someone who has vast knowledge and experience with different types of threats so they can accurately simulate a real-world attack.

With that being said, if your company lacks the necessary in-house expertise, it’s best to outsource your pen testing needs to a qualified third party. This will ensure that the testing is done correctly and receive a comprehensive report outlining any vulnerabilities discovered. One such reputed security company is Astra Security, and they specialize in performing penetration tests for various compliances, including SOC 2.

While performing penetration tests is not technically required for SOC 2 compliance, they are highly recommended to help you identify vulnerabilities that would otherwise go unidentified. Not only will this help you strengthen your security posture, but it can also significantly reduce the risk of a potential data breach.