Home » Blog » Technology » How Will Technology Shape the Future of Agriculture? 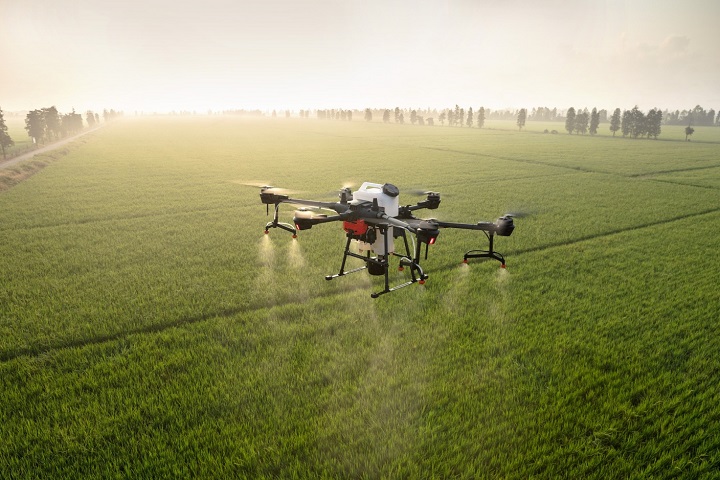 According to a report titled Agriculture 4.0 – The Future of Farming Technology released by the World Government Summit, we need to produce 70% more food by 2050. At the same time, agriculture’s contribution to global GDP has dropped to just 3%, a third of what it was decades ago, and about 800 million people around the world go hungry.

Governments, investors, and agricultural technology innovators will need to work together to overcome these problems. Sensors, machines, and information technology will change the way farms and farming operations are run. The future of agriculture will rely on aerial imagery, GPS technology, robotics, and sensors. These sophisticated technologies will make agriculture more profitable, efficient, safe, and eco-friendly.

Governments have a critical role to play in tackling the food shortage problem, and they’ll need to do more than regulate and facilitate.

In current years, many farmers have begun to examine data on critical elements such as soil, crops, livestock, and weather to make more informed decisions. However, few, if any, have had access to modern digital technologies that could transform this data into meaningful, actionable insights. Farming in less-developed parts of the world is mainly done by hand, with little or no modern technology or equipment.

Even in the U.S., which has been at the forefront of connectivity, only about 25% of farms use any connected equipment or devices to get data. That technology isn’t exactly cutting-edge, and it runs on 2G or 3G networks that telcos plan to get rid of or on very low-band IoT networks that are expensive and difficult to set up. These networks can only handle so many devices and don’t have the speed for real-time data transfer, so that they won’t help with more advanced and complex use cases.

The good news is that even current IoT solutions that run on 3G and 4G mobile networks can often be sufficient to support more straightforward use cases like monitoring crops and cattle. IoT in farming wasn’t considered a viable solution because hardware costs were high, but these days, prices are much more affordable.

On the other hand, these simple tools aren’t enough to unlock all the value that connectivity can bring to agriculture. To make the most of recent technological advances, the industry needs to invest in frontier connectivity technologies such as 5G, LPWAN, and LEO satellites.

The industry’s job is thus twofold: build infrastructure to enable connectivity in agriculture and make compelling business cases for its implementation where the infrastructure already exists. Connectivity coverage is improving almost everywhere, which is a positive development. Around 80% of rural areas worldwide should have some form of advanced connectivity infrastructure in place by 2030, except for Africa, where coverage will likely be at around 25%.

As for connectivity spreads, these tools will offer new agricultural capabilities and boost global GDP by more than $500 billion by the end of the decade – a 7-9% increase in productivity. 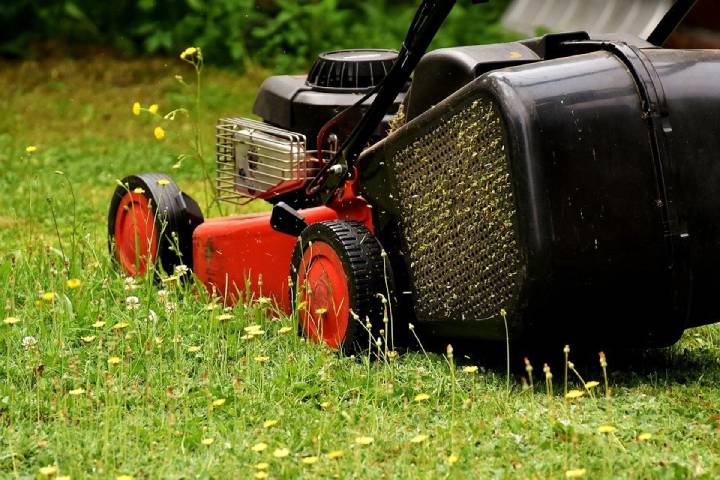 Finding a non-invasive technique for evaluating plant health and quality is one of the leading research subjects in Smart Agriculture. Spectroscopic diffuse reflection is excellent for this application because it requires minimal equipment and can be done quickly. But what does that mean? What is a spectrometer?

The spectrometer is a term that refers to a device that separates and measures the spectral components of a physical property. This can mean a variety of tools used to spread out an emission into a spectrum and make measurements at different points along that spectrum. A spectrometer, as employed in traditional laboratory analysis, consists of a radiation source and detection and analysis instruments.

In agriculture, spectrometers and spectroradiometers are critical tools for analyzing natural and artificial light. Often confused with sensors, these devices provide detailed information regarding plant light reception, absorption, and transmission. On the other hand, a sensor can only measure a narrow band of light wavelengths.

The reflected light from the crops offers a wealth of information regarding chlorophyll content, enabling the computation of a health score, which controls the fertilizer application level in real-time. This is then mapped to GPS locations for future monitoring. It’s a great example of how smart agriculture can help the industry use resources more efficiently to improve yields.

Crop quality is another crucial aspect of agricultural production that has benefited from spectroscopic approaches.

Avantes equipment is being used by researchers at the Polytechnic University of Valencia in Spain to create a mango quality index for predictive modeling and a robotic gripper capable of measuring mango quality and maturity using tactile NIR spectroscopy.

This method of determining fruit quality doesn’t harm the fruit. It looks at the biochemical and physical attributes of mango samples. Mangoes are usually not ready to eat when they reach maturity. They must be allowed to ripen for a certain amount of time, during which significant chemical and physical changes happen inside the fruit.

Diffuse reflectance spectroscopy is used to determine changes in skin color and the amount of water, ascorbic acid, and soluble solids in the mango skin via a fiber-optic probe placed in direct contact with the mango skin. You can learn better about how this works by visiting Avantes.com.

Drones have been used in agriculture for nearly two decades. Still, newer, more advanced drones are now beginning to impact the sector, allowing for faster and more efficient surveys of vast regions and the transmission of real-time data to other linked devices and installations.

The use of computer vision to monitor field conditions and apply precise solutions, such as fertilizers, nutrients, and pesticides, is also made possible by drones. They could also plant seeds in remote places, which would reduce labor and equipment costs. According to some estimates, drones can produce between $85 billion and $115 billion in value by lowering costs and increasing yields.

Drone imagery has been shown to have a higher rate of accuracy and resolution, even on cloudy days. While employing traditional terrestrial ways to collect data in inclement weather could cause tasks to be delayed for days, drones can provide precise crop health checks all year.

What is AWS Partnership?

Ways You Used Satellites Today And Didn’t Know It

Remote working doesn’t have to be boring because you can spruce it up with fun activities for virtual corporate events. These are fun activities that ensure employees are lively and happy. 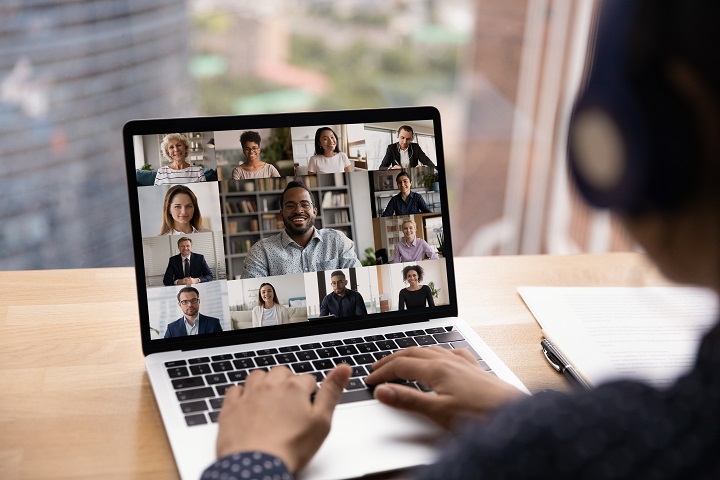 Virtual corporate events are online gatherings often held via video platforms like Webex, Zoom, and Google Meet. Such events offer an excellent way to participate in games and other fun activities. They also aim to help create familiarity and relationships between the attendees and improve work dynamics and communication.

Hosting a virtual event is challenging, especially for an unfamiliar group. However, it has become a new culture nowadays because most companies have allowed their employees to work in a remote setup.

Despite the convenience, working from home has brought countless negatives like burnout, unexpected distractions, and feelings of isolation. It also resulted in positive outcomes, though, like the ability to bond, connect, laugh together, and have fun with each other via 100% virtual means. Thus, businesses and companies have openly embraced virtual events as part of their work process.

If you are tired of the old encounters at events and are struggling to get fresh creative ideas, here is a list of fun activities you can consider:

Despite having employees working from home, companies must ensure that business operations continue without risking employees’ lives. This opened an opportunity to find creative ways to interact with each other to avoid boredom, including attending corporate virtual happy hour with colleagues.

Virtual happy hour doesn’t mean going to bars or pubs after work. There is no need to wait in line to use the bathroom or stick around for drinks, and none of your coworkers has to call a ride-hailing vehicle to take you home afterward. This is because employees can have conversations and share drinks over a video call.

Virtual happy hours allow remote employees to socialize in a confident and comfortable setting. Working from home can sometimes feel lonely and isolated, but virtual happy hours help people socialize, bringing a sense of connection and belonging despite the distance. This also allows employees to toast to each other from different locations, like when they used to go out for drinks after office hours.

For instance, you can incorporate a meditation break or a short workout between sessions, depending on the event you’ll have. 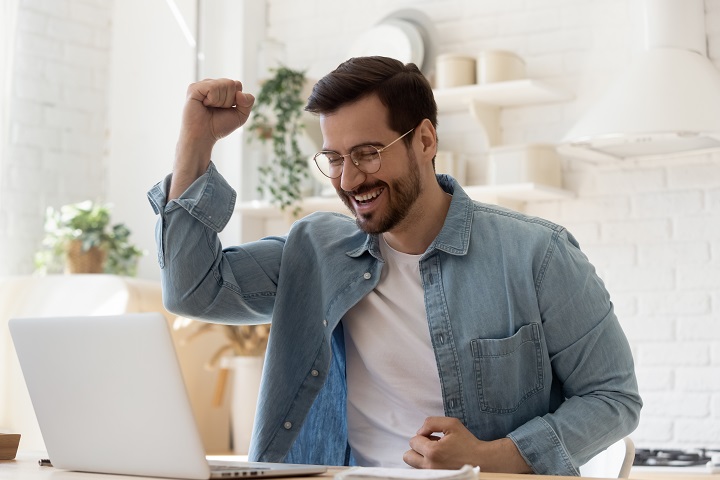 Online office games have gained steady popularity since several companies adopted remote work setups. Such games are conducted via a secure videoconference platform and last for 90 minutes. These include trivia, icebreakers, and mini-competitions that somehow break the monotony of work duties employees have daily. The game is headed by an eager host to enhance engagement and entertainment.

For example, on Throwback Thursday, invite your peers to share an old photo with the team, and they will guess who’s in the photo. You may also ask teammates to tag someone on an image you’ll post, say, Ironman, who may be a favorite Avenger of one or two employees.

Dancing is a great stress reliever and team bonding exercise where coworkers can show their goofy and vulnerable side. To conduct a virtual team dance party, invite your coworkers to a video call, then create an enthralling playlist that will call for silly moves.

Another alternative to a dance party is to hold a silent disco. Here, each participant dances to the music they choose on their headset. Joining a silent disco is easy as each attendee dances to a song of their choice, and teammates can guess the song based on the moves. Virtual dance parties involve movements that may help workers blow off steam without thinking or talking to anyone; only rhythm does all the talking.

Everyone has that prom dress or suit sitting in the closet because there is no opportunity to wear such elegant clothes. However, digital prom allows coworkers to dress up and relieve their childhood nostalgia, using the same prom experience to help them bond.

Although this activity might be silly for some, it offers a playful way to interact with peers and overcome fear.

Why is Geo Location So Important for Delivery Apps?

3 Advantages of Having a Communication API Platform

Six Ways You Can Start an Online Counseling Business

What Opportunities of Cheap Cryptocurrency Can be Used for Investment

Benefits of Data analytics for Your Business