Home » Blog » Games » Sega Genesis is About to Come Back: What to Expect 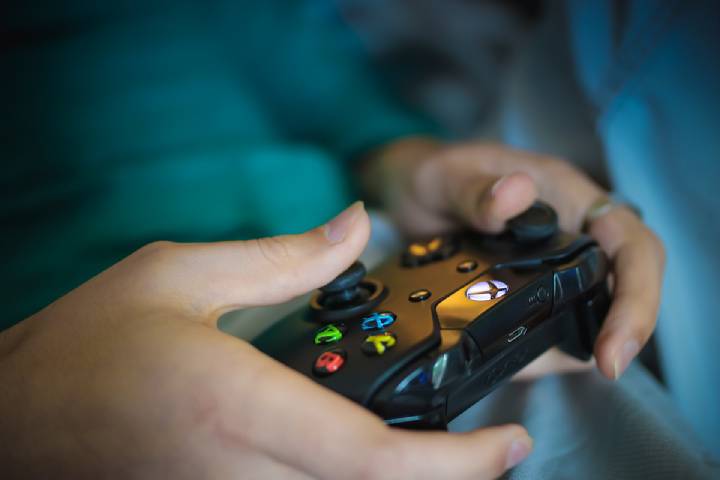 Have you been missing the games you used to play as a kid? Mario, Sonic, Need for speed – every game brings some memories. Since gaming became a crucial part of each kid’s and adult’s lives, it’s almost impossible to imagine something more nostalgic than old console games. Whether you have witnessed them as a child or already more mature, it was a blast.

The third generation of gaming consoles was the most iconic one. That was when Nintendo’s Super Mario main competitor was introduced to the world – Sonic the Hedgehog. The world has split in two and never stopped spreading further. Now we have so much more to choose from, and our options are unlimited.

For those who need to take a trip down memory lane but don’t want to purchase or find the old console, emulator games were created. They’re programs that allow running console games on your computer. Emulators run game ROM files to launch your favourite scenarios. You can download free roms at RomsPlanet – there’s something to fit every taste.

There is other great news for old-school rom games lovers. Sega introduced a project called Sega Forever, designed to bring classic console games to smartphones. This is a collection of retro games adapted for devices running iOS and Android operating systems.

Each game is available for free, but with ads, to disable ads, you need to pay $1.99. As the developers promise, the games retained the original script and graphics but received such modern features as saving in the cloud, support for Bluetooth controllers and online ratings. However, you can play without connecting to the network.

There are five games created under the Sega Genesis or Mega Drive console at the time of launch, including the original Sonic the Hedgehog, Comix Zone, Altered Beast, Kid Chameleon, and Phantasy Star II. Developers plan to add games to the collection every two weeks. Game availability may vary depending on the region.

If you want to rewind your memory on what games you can play, the collection of Sega ROMs on RomsPlanet can come in handy. You can try them for free and perhaps choose something to purchase when Genesis mini is finally launched.

The model was announced a year ago, but then the release was postponed. According to the manufacturer now, the start of sales is scheduled for September of this year. The price is $79.99. On this day, the prefix will appear in Japan and the United States and later in other regions. 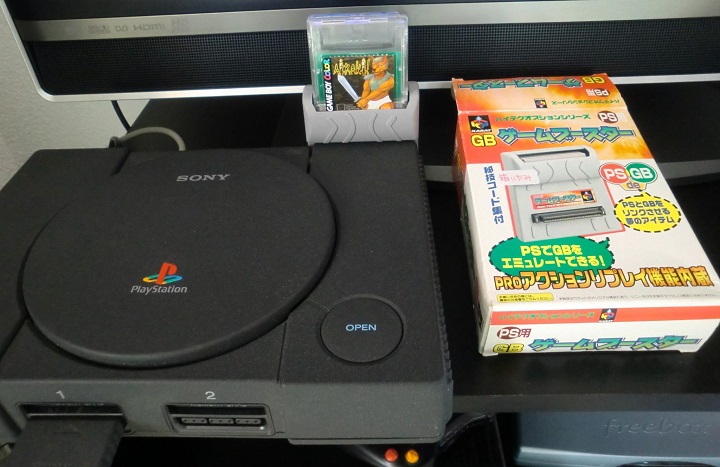 Genesis Mini follows the original Genesis design. From the appearance of the console, we can tell that it supports classic Sega cartridges. The company will likely resume the release of games on this pretty forgotten drive.

The prefix for the design follows the iconic Sega Genesis, but it will be 55% more compact. The set-top box will include controllers that are connected via USB.

That’s great news for every game lover out there. Bringing back the memories of the careless times, Sega has warmed thousands of hearts around the globe. The modern world allows us to dive into forgotten memories and feel the genuine nostalgic vibe we all miss from times to times.

It is a perfect reason to call or text some of your childhood friends and meet up for a couple of levels – whether on a renewed Sega console or your computer, using free ROMs and available ROM emulators.

How to Apply Artificial Intelligence in Chat Filters

3 Ways to Dominate Any Game With Deadly Accurate Aimbot

5 Features Of A Proactive IT Strategy

Here are some of the features that’ll help you have a clear understanding of what a proactive IT strategy is: 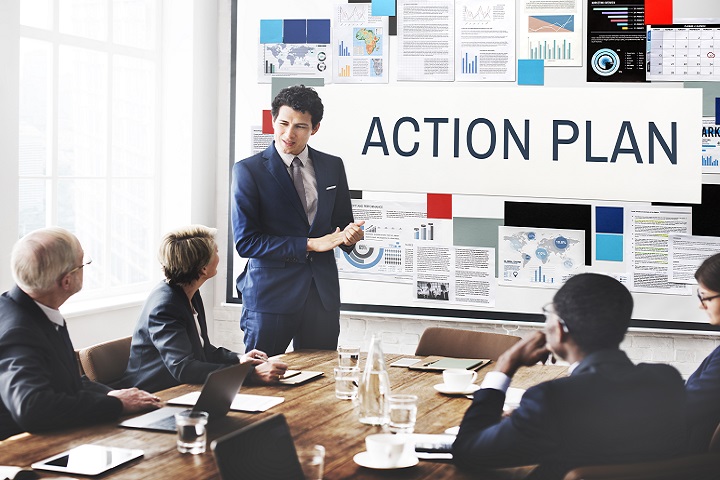 Some organizations take a reactive and break-fix approach to their organization’s IT support system. Essentially, they wait until a machine breaks down, and then they start making an effort to fix it. This approach usually leads to unwarranted interruptions in the organization’s workflow.

To avoid such, it’s best to have proactive IT strategies. Experts continuously monitor and assess whether the systems are in the right conditions, check for potential trouble beforehand, and fix them before they become a significant problem.

For this reason, you’d like to be proactive in your business and enjoy the benefits that come with it. Here are some of the features that’ll help you have a clear understanding of what a proactive IT strategy is:

1. Learns From The Past

To avoid making mistakes, it’s good to understand the errors that have happened in the past and come up with measures to prevent repeating the same mistakes. For instance, if your business database was hacked, it’s critical to investigate and try to pinpoint the security loophole that made the breach possible.

Perhaps it was due to the lack of a firewall, or the passwords were easy enough for Tom, Dick, and Harry to guess. Moving on, you’d want to have a firewall in place, create stronger passwords that are hard to crack, and also enforce other measures to make your data more secure.

You understand that cybercriminals are working day and night to access sensitive business data and jeopardize your business. It might be a costly miscalculation on your part if you leave the security bit of your system to a nine to five employee. A lot of damage can happen during the lengthy period they’re not at work. And by the time they report to work, the cybercriminals may have accomplished their mission of stealing data or corrupting your system.

What you need is round-the-clock surveillance of your IT system. It may not be possible with an in-house IT department, and that’s why it’s advisable to hire a managed IT solutions company. Such firms have a large team of experts that can instantly respond to any data breach or technical hitch in your system. This way, you can prevent hackers from going too far with their malicious attacks and significantly reduce your server downtime. 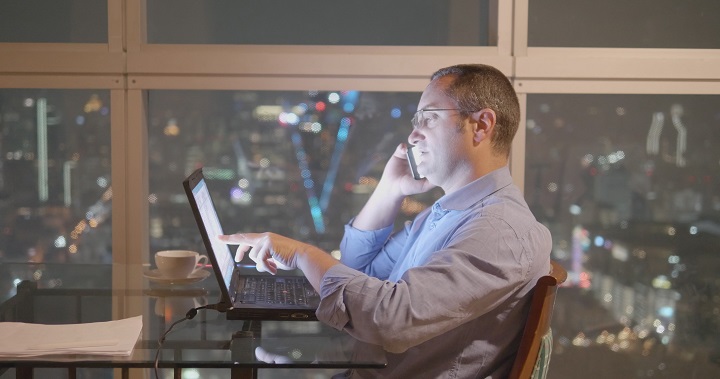 Currently, almost every company is undergoing digital transformation due to the dozens of benefits set to be reaped. Some of the latest IT trends you need to consider include cloud computing, artificial intelligence, edge computing, machine learning, cyber security, virtual reality, the internet of things, and robotic process automation.

Being up to date with the current technological trends gives your organization a competitive advantage. Consumers worldwide prefer doing business with companies that embrace the latest technologies. The chances are high that your competitors are also using modern technology to run their businesses. You wouldn’t want to lag with outdated technology, as you’ll never manage to amass a large customer base like them.

In today’s world, it might be inconvenient to restrict operations to a stationery office or location. Thus, you wouldn’t want to have servers with no internet connection. Your IT staff and other employees must be able to access the company database from elsewhere other than the office. This enables them to work while traveling or from home.

It also enables you to employ managed service providers. They can control your IT system from their offices without having to report in person at your business premises. This way, they can quickly update the system or detect a problem and fix it regardless of where they are. It also helps a lot during those times your workplace is inaccessible, perhaps due to government-enforced lockdowns or natural disasters, such as floods.

A proactive IT strategy ensures that the organization’s security systems are tight. This will reduce the risk of data breaches which can cost your company millions of dollars and interrupt your company’s workflow. Millions of businesses worldwide fall prey to cybercriminals every year. Thus, security is of utmost importance to every business that wholly or partially operates online. Here are a few tips to improving the safety of your IT system:

Some of the critical features of such a system include digital technology, tight security, remote accessibility, and 24/7 vigilance. A proactive IT strategy enables you to see threats from afar and develop solutions to combat them before the molehill turns into a mountain. To make this a reality in your business, consider outsourcing managed IT solutions from reputable firms.