Home » Blog » Technology » The Specs That Matter: These are the Most Important Features in Laptops 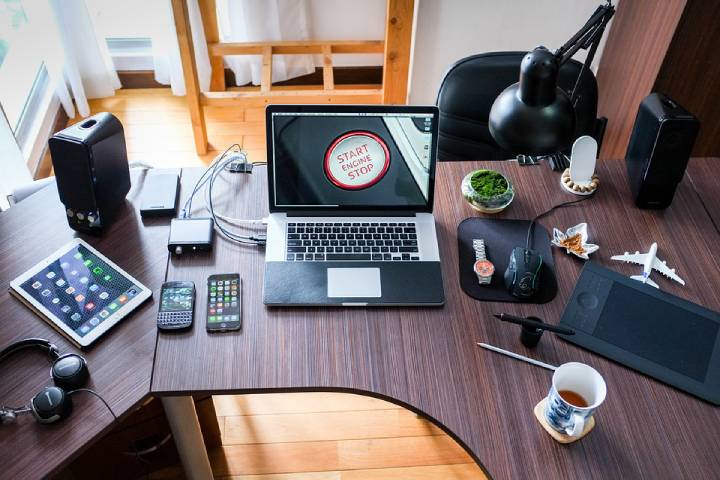 Modern laptops now have more features than ever before. This is because most manufacturers are constantly trying to one-up each in other in hopes of getting your attention. However, while many of these specs may sound flashy and cool, they don’t actually do much. So, many a consumer has ended up spending quite a bit on a computer that can’t do much.

In case you are wondering how you can avoid such a fate, the answer is pretty simple. When looking for a new laptop, stick with the features that matter the most. This will allow you to cut out all the noise from sales pitches and let you pay attention to what is actually important. If you want to know what the top specs are, keep reading for more information. 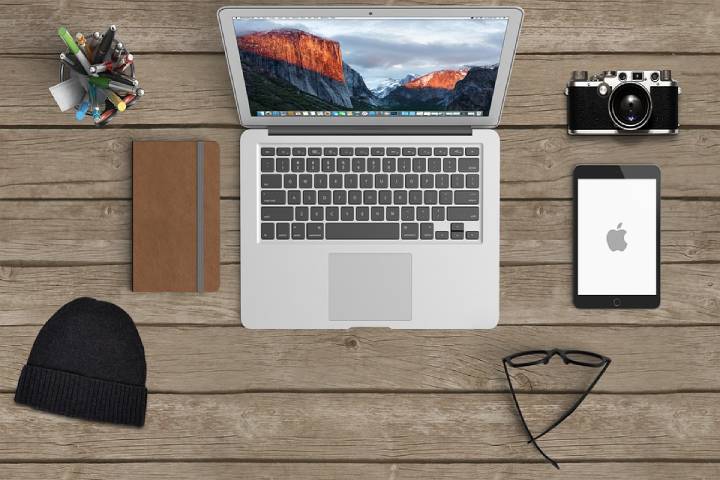 Before getting started, you should understand that each user will have a different list of specs that actually matter to them. For instance, if you are a business person, then connectivity is key for you. In this sense, your main goal would be to upgrade to a laptop that allows you to connect to the internet regardless of where you are.

On the other hand, if you are a gamer, resolution and speed will be your main objective. Therefore, you will be focusing on specs such as graphic cards and hard drives. To learn more about the gaming features that will be key to your performance, check out the BudgetReport.

The market is currently teeming with processors and it can often seem like there is a new version released every month. Well, while this isn’t quite the case, there is no denying that there are a lot of options to choose from. In particular, you may discover that the struggle is often between Intel Core i5, i7, and i9. So which one should you bag for yourself?

If you are someone who uses their laptop for assignments, basic projects, and entertainment, then an i5 will be more than satisfactory. Gamers, on the other hand, will appreciate the speed and performance bump afforded by the sleeker i7 option.

So, what about the i9? Well, this is largely still available on desktops instead of laptops. This is because unless you need a laptop for hardcore video and image editing, this processor is unnecessary. It is only if you are going to be running intensive programs that you should make the leap.

To be honest, this argument is actually a foregone conclusion at this point. While SSDs have been around for a while, most people were hesitant to make the upgrade. This is because computers with this storage option tended to have a rather significant price tag attached to it.

Times are beginning to change, however, and SSDs are becoming more affordable for the average person. Thus, if you find a reasonably priced computer that houses an SSD, you should certainly snatch it up. The reason for this is that the SSD is quite a bit faster than the traditional hard drive.

Now, if capacity is important to you, then an HDD may still come out on top. This is because SSDs that have higher capacities are often more expensive as well. Other than this, the SSD will probably be the way to go.

While RAM is an important component of your laptop, most people aren’t really aware of how much they need. As a result, many individuals will try to get as much RAM as possible and end up paying a hefty sum. This is a shame because additional RAM doesn’t really have an impact on your laptop’s overall performance.

In most instances, you will need between 8GB and 16GB of RAM. The lower end is great for casual users or those engaged in entry-level gaming. If your PC games are more demanding, then you can step it up to 16GB. However, it is unlikely that you will need anything around the 32GB mark.

On average, most people would appreciate a battery that lasts longer. However, such a feature becomes a necessity when you are constantly on the move and don’t get a chance to plug in all that often. If you would like to double how long your laptop lasts, it is best to opt for a six-cell lithium battery. This will last several hours.

Now, it should be noted that there is a trade-off in this instance. The larger the battery, the heavier that the laptop is. So, if you do tend to travel a lot, this is something you will have to contend with regularly.

As far as screen size goes, it really is up to you. If you carry your laptop around a lot, you are going to want something more compact. On the other hand, if you design quite a bit or stay in one place, then a larger screen will be fine.

The one thing that you do have to pay attention to is the resolution. Now, there are quite a few budget options that will offer resolutions of around 1366 x 768 pixels. While it can be tempting to pay less for your machine, this isn’t something you should do. In fact, avoid settling for anything less than 1920 x 1080 resolution. You will be glad that you did so, later on.

These are the most important specs to consider in any laptop. So, make sure that you get the right ones every time to ensure that your investment is worth it.

Why Is 5G Important For Us?

5G has proved to be a good invention because of the avenues it has opened for growth. Here is why 5G wireless technology is beneficial for us. 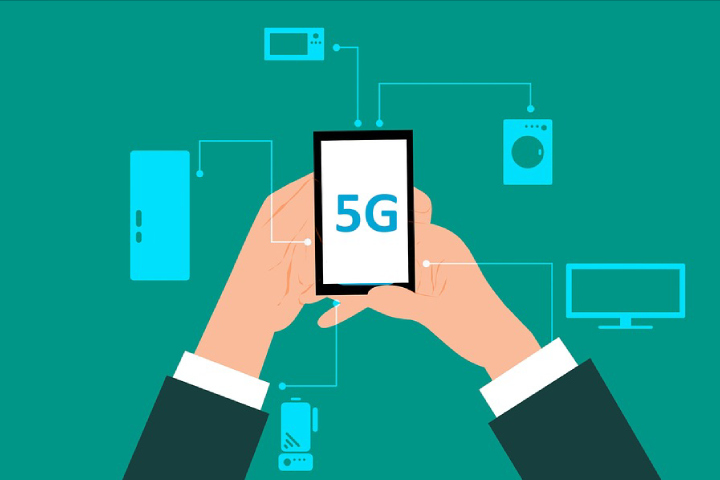 Perhaps, most of the benefits will be for gamers who will have amazing speeds for gaming. Other than that, the agriculture, manufacturing, and logistics industry can benefit a lot. With increased augmented reality and virtual reality applications, users can experience speeds with minimal lag. This will ensure that the industry grows and can allow its users a more immersive experience.

This will allow the IoT to explore new avenues for its growth. 5G and IoT may create a wonderful combination that could revolutionize the world of the internet and wireless networks. The industrial sector can increase its productivity by running thousands of devices at once in factories, schools, offices, etc.

This can be imagined by taking the process of supply chain management as an example. You can have thousands of sensors to automate the whole process. This can minimize stoppages and deliver materials on time. 5G Smart Home Devices will be another revolutionary leap in the world of smart homes and cities. In a nutshell, this technology will impact everyone and every industry. 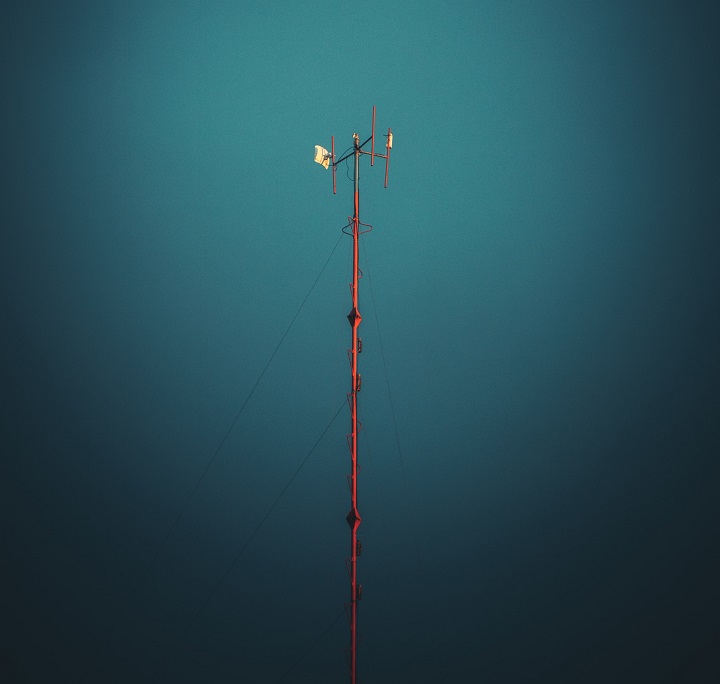 This means a significantly greater amount of data can be transferred than previously possible. 5G also ensures that the network is better optimized and is smoothly handling usage spikes. While we have already managed to provide uninterrupted connection to large audiences in stadiums, 5G could prove to be better by allowing live streaming from any arena.

5G technology also promises to be safer and more secure when it comes to data handling and transmission, which is why it could prove advantageous for critical services. This could revolutionize the way we work at workplaces. 5G could be available in all public spaces.

5G technology could prove to be extremely helpful for us and the rest of the world. However, it should be noted that anything that is misused will always have consequences. We should always ensure that we use any technology responsibly so that we could further help in the development of newer and better technology.

While it has made its mark in most places globally, 5G technology is still under research. The pros and cons are still unfolding, and we keep learning new things every day. It is better to make the most of the available technology and come up with innovative ideas to utilize it better.